We welcome to Graz…

… the participants of vokal.total.2018 and we know for sure, that the jury has some tough decisions to make! Until January the groups had to send in their application material. An expert panel chose the best applicants and invited them to Graz. Join us for an exciting week of competitions, parties and workshops! Get your ticket now! 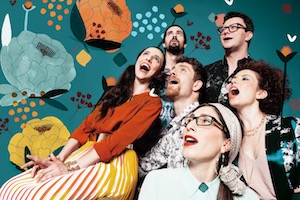 Catchy tunes, feet stomping to rhythm and a polyphonic trunk – that’s Elephant Claps. The award winning sextet is proof that air, pressure and vocal cords suffice to create a rich universe of Afro-, funk, reggae, soul, Latin and jazz sounds. The Milan ensemble is an example that groovy, energetic and improvised music based on vocal art can also be timeless. 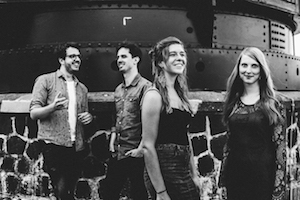 The vocal ensemble from Cologne attracted immense attention at various concerts, festivals and the Scala Vokal competition. Influenced by a cappella titans such as the Swingle Singers and The Real Group the arrangements of the group explore a broad spectrum of vocal pop, mixing elements of classical vocal music and jazz. In the beginning of the year the music students reinforced their performance by a strong bass and now – after public testing and approval – will venture into the Schloßberg cave.

Männersache – does the name sound familiar? Justifiably so! This bunch of testosterone had already performed on stage in 2015, when they won the silver diploma in the categories pop and comedy. These four boys from Osnabrück even managed to convince the television audience in the format “It’s Showtime – das Battle der Besten“. They are contagious and charming and do what they do love most: make music. 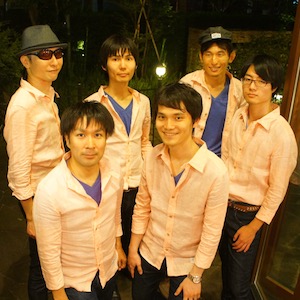 When you hear Murasaki No Ue, does the female lead in the story of Prince Genji come to your mind first? After the performance of these six a cappella singers this will change forever! These gentlemen from the Land of the Rising Sun are arriving with jazz and pop songs and are determined to convince not only their home country but distant continents of their talent. Konnichiwa! 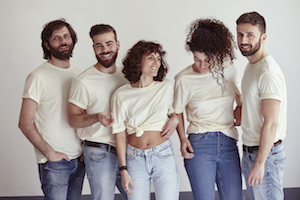 Exactly one year ago, in 2017, the five person ensemble had their premiere in Rome. One year and several successful performances later they feel ready for Graz where they will present a repertoire of international pop music with indian flavours and new interpretations of current Italian music. Follow the group’s instructions and let them take you away: with closed eyes to the open sea. 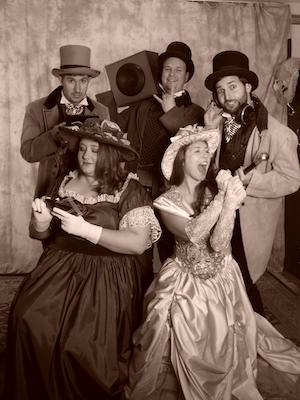 Tatatata! Here it is: the brand new quintet from Vienna named Offbeat (cf. Offbeat {adj.}  – unconventional, fancy, eccentric). With much attention to detail arrangements are composed with creativity and variation. Now and then they will surprise you with a musical step aside and continue off the beaten track. We are very happy to be able to support you at the very beginning of your career!

Five voices, one vision: the conquest of hearts and stages with powerful, ambitious and simply good pop-a-cappella music. Since their formation in 2015 the group from Cologne has collected numerous awards of prestigious competitions. They present songs which speak from their hearts, songs which will not let go, whose catchy tunes linger on nurturing your soul. 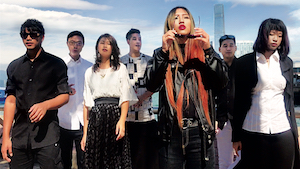 This young group from the north of Taiwan was formed out of a love for unaccompanied chants and with the goal to touch the heart of the audience with moving, newly arranged pop music. Sounds good, doesn’t it? The ensemble convinced the jury at the Taiwan International Contemporary A Cappella Festival, winning the gold medal. Now the septet tests their skills 9.120 kilometres away in front of the honourable jury and the auditory in Graz. 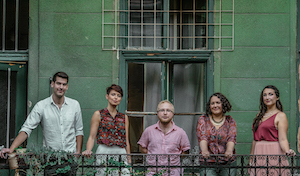 Simsalabim! With a wizard as a bass, this group can honestly enchant you or just simply make you listen to these five professional vocalists from Budapest with awe. Starting with jazz in 2015, two years later new voices added the influence of world music, pop and a hint of modern jazz. Since lately their wide spread repertory is sprinkled with improvisation and beatboxing. 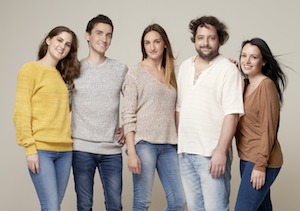 Once again the WindSingers drift from East to West, to delight the Schloßberg audience with their voices. The Hungarian quintet looks back on performances in Belgrade, Bratislava, Bucharest, Transylvania, Leipzig and Graz and offers its audience own compositions and covers from the jazz and pop repertoire. If you ever spot a sailing boat on the Lake Balaton, driven by the sounds of the WindSingers, take our advice and go aboard!

WOMEN OF THE WORLD (USA) 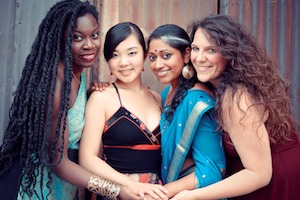 Four strong voiced women from Haiti, India, Japan and Italy – that is WOMEN OF THE WORLD. Their repertoire includes traditional folk music in 32 languages in contemporary interpretation. Despite their diverse origin, language, education and religion these four women are united by their wish to explore sounds, rhythms and musical vocabulary worldwide. The quartet has received numerous awards and creates music which transgresses borders, living and spreading the indisputable message of unity and peace. Hats off! 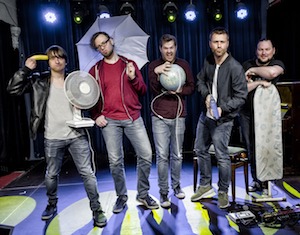 You haven’t heard of “Extreme-Acappella“? Well, brace yourself and watch the stage! Five Berliners bursting with energy are standing there, spreading this music genre since about seven years. They present danceable music with a modern sound, made by mouth. If the performance tonight lasts longer than expected, the boys are probably trying to break their own official world record in Permanent-A-Cappella-Techno-Singing (six hours and one minute without a break). BAM! 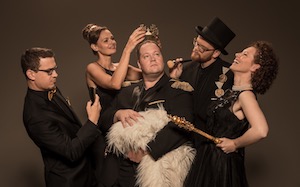 All good things go by three. That’s what the Austrian quintet from Mostviertel region might have thought, when they enrolled for the vocal madness in 2018, in order to present us once again finest A Cappella Music. They had already convinced the jury and audience of Dom im Berg in Graz twice, taking home vokal.total.diplomas in gold and silver. Their compositions tell stories invented by life, whisking the audience away with bass and beats into their crazy world.

The Beatboxers (All over the world)

It is save to say, that we have the elite of the beatboxing community fighting over the title Beatbox Shootout Survivor. They applied early this year by sending in a Wild Card Video and posted it on our Beatbox Shootout Facebookpage. An expert jury handpicked the most worthy contestants. We are very much looking forward to them rambling the mountain. Join us and see: Elisii (CAN), Kenozen (FRA), Imtiazing (PAK), Madox (GER), B-Art (NED), Efaybee (FRA), Zekka (ESP), Ibarra (NED).