Can’t get enough of vokal.total? Join us at our side events! And become a member of the vokal.total.family and enjoy the full a cappella experience in Graz.

It has became a tradition to have a party for all the participants after the Pop Category. Since there where already some outsiders sneaking in we decided to open it up to the public. We do understand that everyone wants to party! It has also become a tradition to stop the party for a couple of minutes and all wander into the lift shaft. There is a great acoustic and every year we prepare a song for to sing together. These songs are always a symbol of freedom, community and love. Usually no one wants to stop after one tune, so the groups start to improvise and sing! And then we’ll party again!

Wednesday July 19th 2017 at Dom im Berg, starting at Midnight!
Owners of a Pop II, Pop Dayticket or a Competition pass have free entrance. Everyone else pays only Euro 2 at the door. 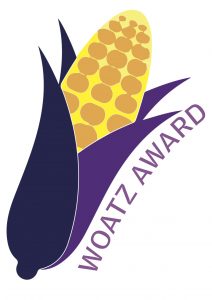 There are so many talented singers in Graz for this time period and so we invented another prize: The vokal.total.woatzaward (Woatz as a word only Styrians, and not even all of them, understand meaning corn). The winner gets Euro 100 in Cash and a golden corncob. The competition starts at midnight and ends at 2am. But of course there can be some more singing afterwards!

This was our last years experiment and we think it was successful! This battle is completely improvised. Meaning, we don’t even know who the judges are going to be. There will be teams of two being randomly put together. The teams compete 2 vs. 2 for 90 seconds. They really need to show there improvisation skills and their musicality. Last year there was only beatboxers competing put please, singers, you all know to improvise too!